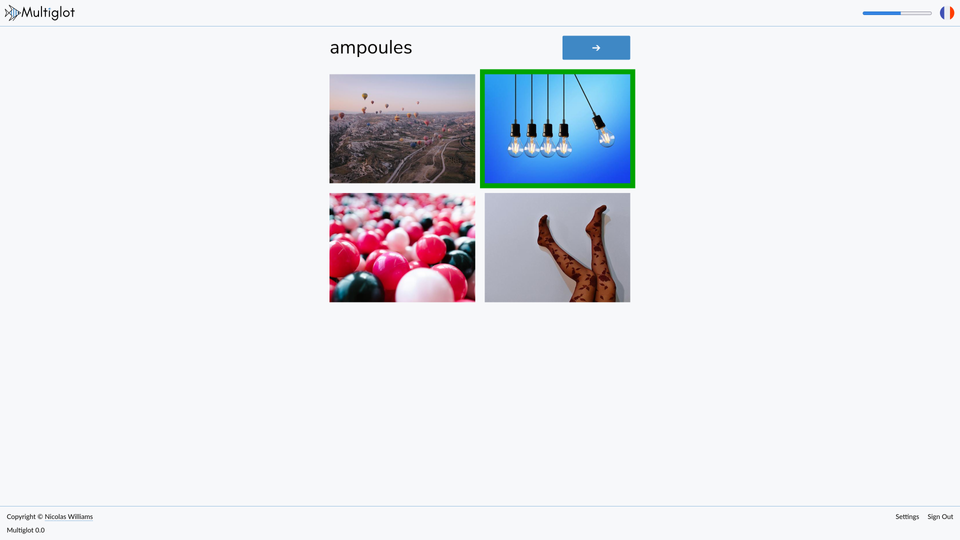 Bonjour! I’m pleased to present the fourth version of Multiglot—an educational web app for learning new words in foreign languages. Multiglot now teaches French! French is a Romance language within the Indo-European family, and has over 80 million native speakers. As well as being the main language spoken in France, it’s an official language of 29 countries, as well as numerous intergovernmental organisations such as the United Nations. Multiglot can now teach you 190 French words, manually translated by a team of fluent French speakers, with all diacritics fully marked.

As well as introducing French, Multiglot has numerous improvements since the previous version, such as: faster loading of images via a CDN; faster loading of flashcards during reviews; numerous design changes such as languages flags; simplified statistics to make it easier to track your progress; and the possibility to see at-a-glance how many flashcards per language are ready for your personalised testing. Also even more images have been added, bringing the total to 4595 images—that’s over 1500 images more than in the previous version!

The Czech dictionary is much larger in this version: Multiglot can now teach you 334 Czech words—that’s over double!

You can register for free and try out Multiglot in minutes—only an email address is needed!

If you’d like to receive the occasional newsletter, with information about new Multiglot releases, requests for feedback about features, etc., you can subscribe here. 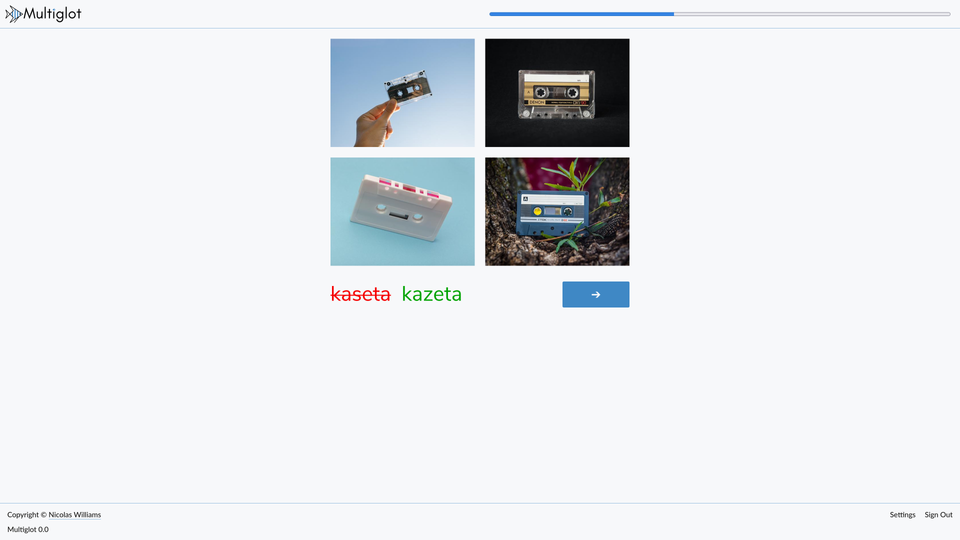 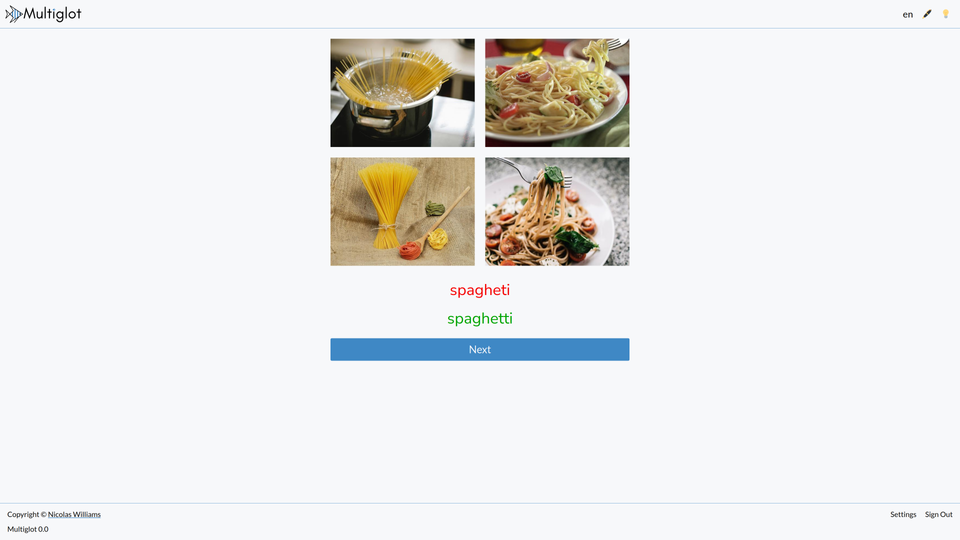 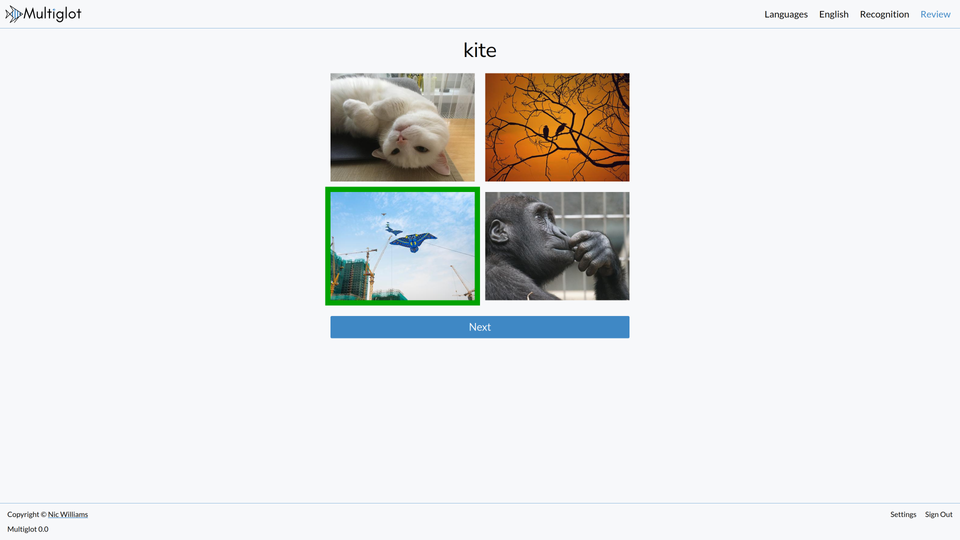 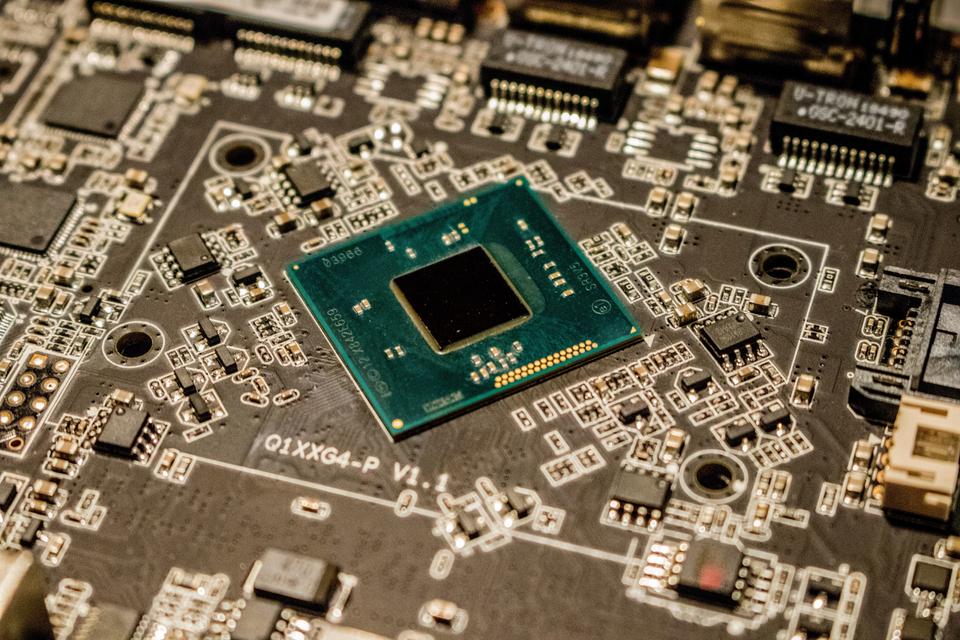